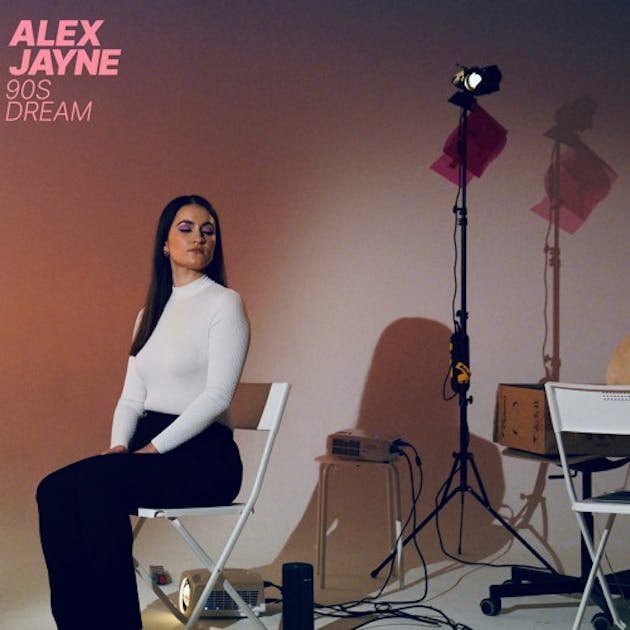 Sometimes, the best way to move on from a harmful experience is to relive it. U.K. alt-pop artist Alex Jayne understands this, and on her latest single “90s Dream”, she constructs a lush and vivid soundscape of cathartic reminiscence. Over the course of the track’s runtime, a still-painful past relationship flashes repeatedly before Jayne’s eyes. She grapples with it, learns from it, and in the end, is able to use the repeated exposure to her own failed love story to finally move on.

Jayne’s past singles have established her as an exciting rising star by fusing pop songwriting with icy electronic production and soulful R&B style vocals. “90s Dream” is, in many ways, a much more traditional affair, but it proves that Jayne is more than capable of taking her songwriting in a more straightforward direction without sacrificing what makes her unique. From the track’s dreamy guitar loop to its bright, reverberant percussion to Jayne’s subdued, emotive vocals, “90s Dream” has all the makings of a great pop song. What elevates it further, though, is the sensory imagery that it conjures — through the contrast between her vocals and the track’s instrumentation, Jayne makes it easy to feel what she’s going through. Jayne sounds somber yet calm and confident, and the disparity between her voice and the track’s sunny, upbeat backdrop conveys the feeling of doing something difficult but necessary. Beyond this, there’s a sense of turbulence and transition throughout “90s Dream”. While Jayne can sound reserved in the verses, the chorus explodes with confidence and self-assurance. You’ll see her transcending her past before your very eyes.