The Allston musician closes the chapter on a trilogy of LPs of bedroom praxis pop for lovelorn radicals. 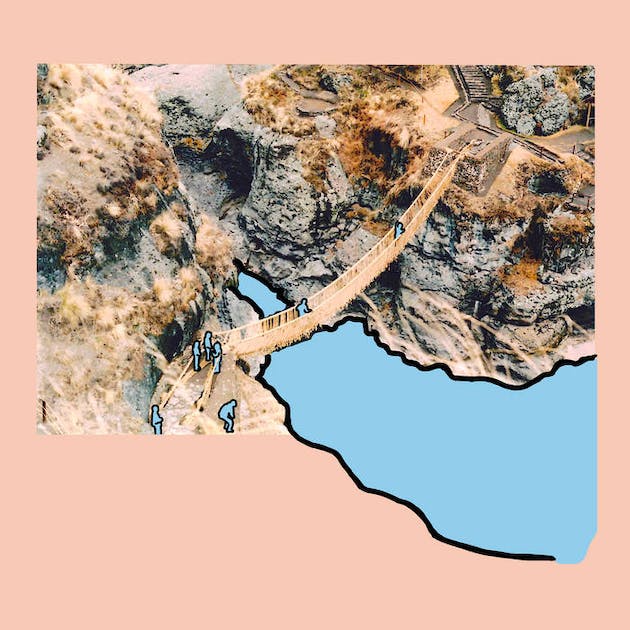 There is a certain sound that I can only describe as “Music To Walk Through High Grass On A Summer Night To” which is both absolutely ~my shit~ and which is, to me, fully embodied by the music of Bedbug. Bedbug—the Allston, MA-based lo-fi project of Dylan Citron—closed out the trilogy of their gorgeous bedroom pop albums with the release of last Friday’s Life Like Moving Pictures. The new LP, like its predecessors—2016’s If I Got Smaller, Grew Wings, And Flew Away For Good and 2018’s I’ll Count to Heaven in Years Without Seasons—traffics in a world of low-lying Omnichord-type synths as a shifting fabric over which old school drum machines and acoustic guitars assemble and climb. It’s a combination perfectly suited to soundtrack the aforementioned clandestine walks through humid and remote areas during teenage summers. Listen to the infrared synth punctures that sizzle and move “Birds Nest” along shortly after the one-minute mark and tell me you can’t picture yourself walking somewhere that feels at once both somewhere you shouldn’t be and somewhere safe. Shit, maybe there’s a lake nearby; I dunno, it’s your scene, there certainly can be if you’d like.

Lake or no lake, one thing that is absolutely inseparable from the music of Bedbug is Citron’s politics. An avowed Marxist-Leninist, Citron unapologetically sheds light on the incompatibility of empathy and capitalism throughout the album. More so than on past albums in this trilogy, Marxist thought appears overtly in the “mixtapes” that punctuate the tracklist in the form of a sampled lecture from Michael Parenti condemning the liberals who ask bad-faith questions about human decency in the face of revolution, and a conversation captured between friends detailing how a personal obsession with death gave way to a surge of empathy in the form of dedication to communism.

Those who look down upon leftist politics often hold a belief that leftists believe all of their problems will be solved by the implementation of communism (how this justifies their own self-flagellating devotion to capitalism, I don’t know). But Bedbug’s music refutes this. Even if their songs were to take place in a post-revolution world—Citron’s diary entry-type songwriting is wrought with conflict and problems to be solved, unrelated to those brought on by capitalism. It would be naive to believe that one’s basic needs being met by a competent government would do away with heartbreak, aimlessness, or long-gone nostalgia. These are the problems that animate a Bedbug song.

Repeatedly across the album, Citron dwells on a loved one leaving across the country, lamenting “The Northeast is my cradle / the woodlands feed me maples / you’ll do grad school in Seattle / and I’ll stay here forever” on “Life Like Getting Older.” The specificity of place and inability to feel at home recur as well, as Citron contemplates moving versus staying still, finding solace in the parts of Boston yet to be washed over in J. Crew plaid and $16 cocktails. Equally recurring is Citron’s obsession with heaven and the end of the world, in this way the themes of a Bedbug album find good company among early Modest Mouse—not to mention the collage-driven freneticism and straining vocals of Sad Sappy Sucker. Consider them a descendent of Isaac Brock, albeit unconvinced that itchy feet will bring salvation. Elsewhere, on “Daytime Newscasts,” Citron channels the prone stargazing of Mimicking Birds, and “Heaven Forever.” evokes the quiet pain of Advance Base.

Anachronistic weather, unreliable memories, and the people that come and go with the shifting of seasons haunt Bedbug’s trilogy of brilliant albums. Maybe this is the end of a chapter, but don’t call it the last words of the Bedbug project. For on “Winter Mixtape,” Citron shares what Marx said on his deathbed: "Last words are for fools who haven’t said enough in their life." It’s a beautiful way to go out.