A warm, dreamy meditation on the ending of a relationship fraught with misunderstanding. 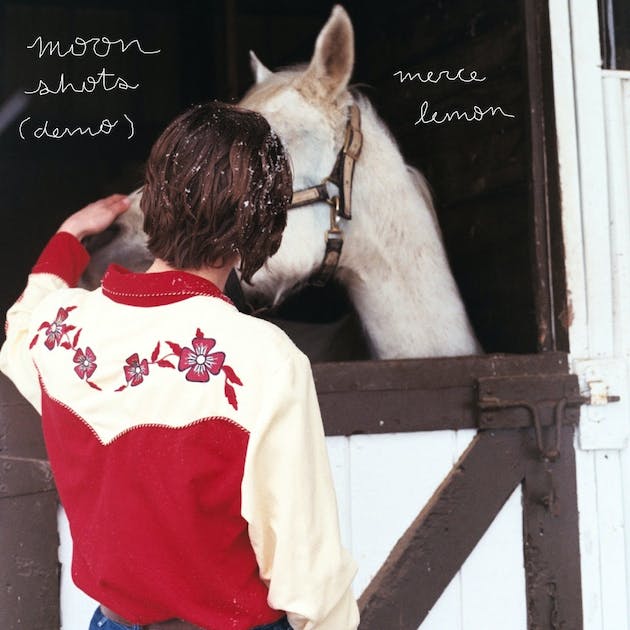 Pittsburgh based Merce Lemon’s newly released demo, “Moon Shots” is a meditation on the space between distance and closeness. It grapples with conflict between people—their ideas of each other, of themselves, and the difference between what they thought, and what is. Lemon creates a sense of great intimacy on this track, even as she explores this thematic negative space within a relationship or perhaps after one has ended.

Lemon sings about the ending of a relationship between two people that was fraught with misunderstanding, each person trying to fill gaps that the other holds empty, either by mistake or on purpose. The track opens with the lyrics, “Do you think this is love? / Well I don’t want to tell you what is what. / In a dream, I mistook your kindness for romance,” cutting to the heart of the track’s themes. Lemon illustrates the feeling of having been wrong about a relationship, wrong about the person you are in a relationship with, or even wrong about yourself. She frames this as a mistake made within a dream and then applied to reality, putting everything at a distance that lends a certain tenderness, even in a moment of anger or frustration.

The production of the vocals on “Moon Shots” reflects this same play between intimacy and distance, intention and accident. They sound somewhere far off but are soaked in the dreamy, lo-fi warmth of the demo. It’s this fuzzy, dreamy quality that draws the listener in, but Lemon’s vocals catch just an edge of anger or sadness that holds the listener back, preventing “Moon Shots” from settling in a place of total comfort. The raw, almost confessional nature of much of Merce Lemon’s work, finds a home on this track as well. She weaves a story through observations and emotion. Her lyrics carry a weight to them, but remain light, even as she sings the cutting line, “Romance is dead, gather all of your friends / I’ll call it love when you mean what you said.” She lets just the slightest hardness catch on the edges of her voice with these words, and with it, draws the track to the place of uncertainty it sits so ingeniously on the edge of. “Moon Shots” may be familiar territory for Merce Lemon, but it too seems to be teasing what might be next.

With a catalog full of nods and references to other genres, Merce Lemon has carved out a place for herself as a singer-songwriter, lying comfortably between basement DIY and bedroom pop. Self-described in the band Facebook page as both “a band of dads” and “lofi, queer, diy, short, poppy, sweet”, Merce Lemon may seem to fit a niche. They certainly are all these things, but through their eclectic range of influences, and experience (Lemon having both sang on stage with Kimya Dawson and fronted a pre-teen punk band) the band has also created a coherent sound that is both accessible and uniquely their own.

Merce Lemon is re-releasing Ideal For a Light Flow With Your Body and Girls That Jump along with some bonus material as a compilation tape titled Ride Every Day with Crafted Sounds on March 14. Pre-order Ride Every Day here on Bandcamp and listen to “Moon Shot” below.