Trace Mountains - Lost in the Country

Dave Benton paints timelessly in the vaunted footsteps of the Hudson River Valley. 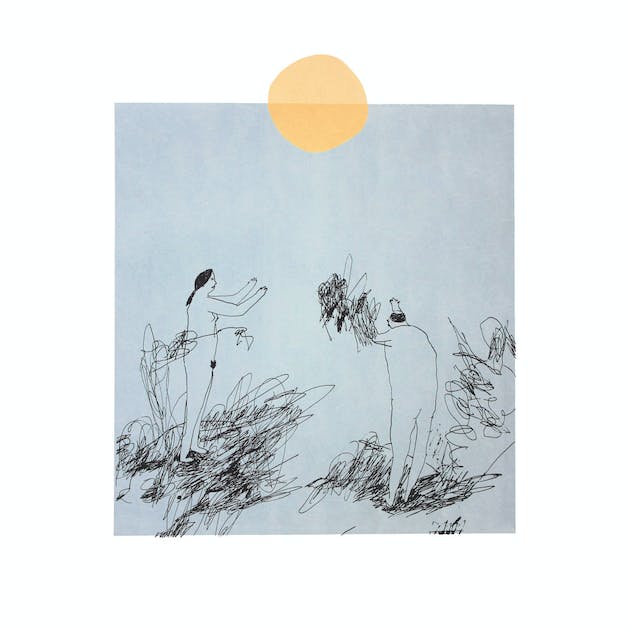 What has always attracted me to Dave Benton’s songwriting is his recycling of phrases and thoughts. The way he repurposes them from song to song, project to project, seemingly forever in search of the idealized way to speak a phrase that sticks maddeningly to the tongue. The recurring character of Cindy enigmatically resurfacing across his LVL UP and Trace Mountains songs, she who skips across mountain peaks and trampolines, death cult paradises—once more stepping through the door—the various iterations of vindicated uncles from pop-punk to petered out retellings of “Turn Twice.”

When I look for these modular carry-overs in Benton’s essentially perfect new album, Lost in the Country, I come up short. Perhaps they were purged in 2018’s dreamy A Partner to Lean On. What confronts me instead is Benton’s perpetually unfolding universe of friendships, love for nature and one another, and the accompanying vulnerabilities. The album carries the listener across the country in the life of a touring musician, making one feel small atop the Catskill Mountains, and larger than life chugging along the great highways of the west late at night.

The title track explicitly details the Kozelekian minutiae of a moment on tour where this precarious life seemed like too much to handle for Benton, his trebled voice warbling and modulating as he projects the current insurmountable tide further and further into an indefinite future. With the spark of his pent up emotion catching and collecting into a roaring guitar and saxophone outro, Benton reflects on his past, the “pettiness” in his life, his voice nearly cracking as he asks “If I speak to you in a dream, would you hear me?”

That moment seems like the explicit culmination of the internal strife that possessed the period between his last album and this one. Elsewhere on Lost in the Country, Benton provides the clarity he himself seemed to be begging for. On the dewy stock-taking track, “Fallin’ Rain,” he drifts off admitting “I have lost it all,” until the music—a nourishingly limp-wristed drumbeat and guitars that shimmer like post-storm wind chimes—swells back in, providing the confidence needed to finish the thought. He says he has found a word to describe all this rolling country he’s seen—but he does not share what that may be. Some things must be kept for the sake of self-preservation.

There has never been anything remotely stale to me about Dave Benton’s revisitation of thoughts and patterns. Repetition of these preferred sentence fragments feel deliberate—crystallized in the author’s world-building. Benton doesn’t regurgitate much of these from past records, if any, on Lost in the Country. When you listen to him speak about the experiences that informed his last few years, this feels more like an album that needed to be made—exorcised from a buzzing mind—rather than simply a vessel to carry a clever turn of phrase. New and long simmering and existential anxieties, compacted upon each other—almost comically released in the week where the last great clear-eyed visionary in American politics admitted defeat—chewed on, contemplated deeply from atop rolling hills, and spit back out in second-nature melodies. As for those old characters and their stories? Those “violent dreams” and “hypnic songs.” Perhaps Benton has made peace with them—he’s washed it all.