Watererer make sense of chaos on their excellent debut. 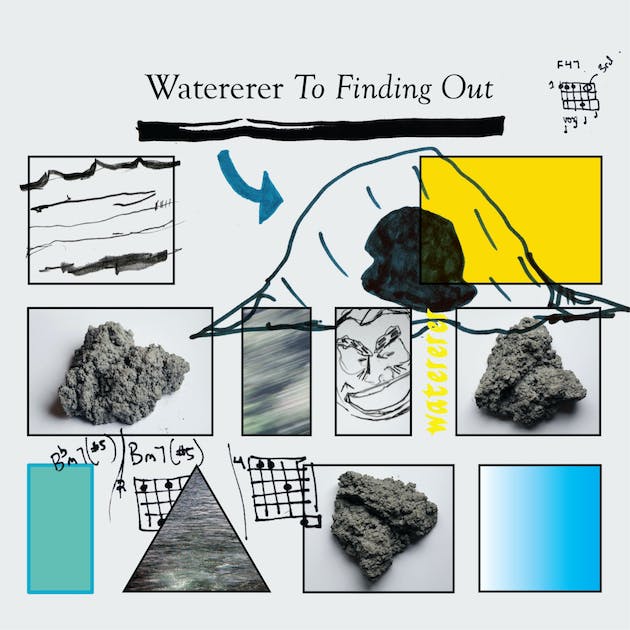 Relative to their neighboring decades, the aughts were a prosperous time for indie rock. After years of being relegated to the underground, the genre emerged as the premiere space for musical innovation while, for the first time, achieving commercial success. Bands like Grizzly Bear, TV On The Radio, and Dirty Projectors put out records that were both sonically novel and able to hold their own on the charts, and indie rock’s influence began to seep into other genres, most notably pop and hip hop. It’s not difficult to draw a line between this period and today’s poptimism and rap dominance, and it’s safe to say that the indie rock movement imparted much of experimentalism on these newly prevalent genres. But often, it seems like rock lost its own penchant for innovation along the way.

Pittsburgh band Watererer make a strong argument that that’s not the case on their debut LP To Finding Out. Through impressive technical skill and a healthy dose of outside perspective, Watererer recapture the sounds of the late aughts and manage to build on them meaningfully. To Finding Out dabbles in a vast array of musical styles and switches seamlessly between more traditional songwriting and chaotic experimentation. It’s overflowing with ideas, but knows precisely when and how to deploy them, never dragging or crumbling under its own weight. Most importantly, in a time where many of the best rock acts are honing in on already established tropes, Watererer are truly doing something different.

Watererer’s members hail from diverse spheres of music, with practitioners of rock, jazz, free improv, and even classical represented. On To Finding Out, they fuse their expertise with remarkable results. One would be hard-pressed to pick a singular genre for the album—rather, each of its tracks starts with one and stacks on elements from others on its whim. Album opener “Damp Material” starts as an airy, atmospheric baroque folk song, descends into a frenzy of white-hot jazz instrumentation, and then switches back, pulling the horns and saxophone back with it. Later on the album, “Man In Cave”, takes what could have been a tranquil and minimalist blues-rock track and layers it over a feverish duo of guitars that refuse to sit still. On its whole, To Finding Out certainly bears resemblance to late-aughts indie rock, but it's outside influences make it feel fresh and give it a constant sense of unpredictability.

To Finding Out’s greatest strength is its ability to make sense of contrasts and to find the meeting points between styles most would think to have none. It does so not only in terms of tempo and instrumentation, but in songwriting as well. For an album that takes as many risks as it does, it never lets itself get too far, buoying its heavier segments with simple, direct, and catchy songwriting. “Rome Superimposed on Orange County” builds massive amounts of tension in its near-cacophonous bridge but releases it satisfyingly in a return to the rhythmic and upbeat main verse. “Decentered Self” is simply an excellent folk-pop song, hook, outtro and all. Throughout the album, vocals are used relatively sparingly but to great effect, with direct and often personal lyrics lending humanity to the turbulence. The moments of relief on To Finding Out are timed perfectly and given only when they’re needed most, lending them a feeling of catharsis and making the rest of the album sound that much more urgent.

On To Finding Out, Watererer show that innovation in rock music is very much alive if you know where to look. Beyond that, they make experimentation accessible and approachable, always offering a challenge but never one that’s impenetrable. To Finding Out is an impressive and refreshing record, and it’s an important reminder of the value a new perspective can provide.

Listen to To Finding Out on Bandcamp

Check out the music video for To Finding Out cut “Toweringly Ambitious Array” below: